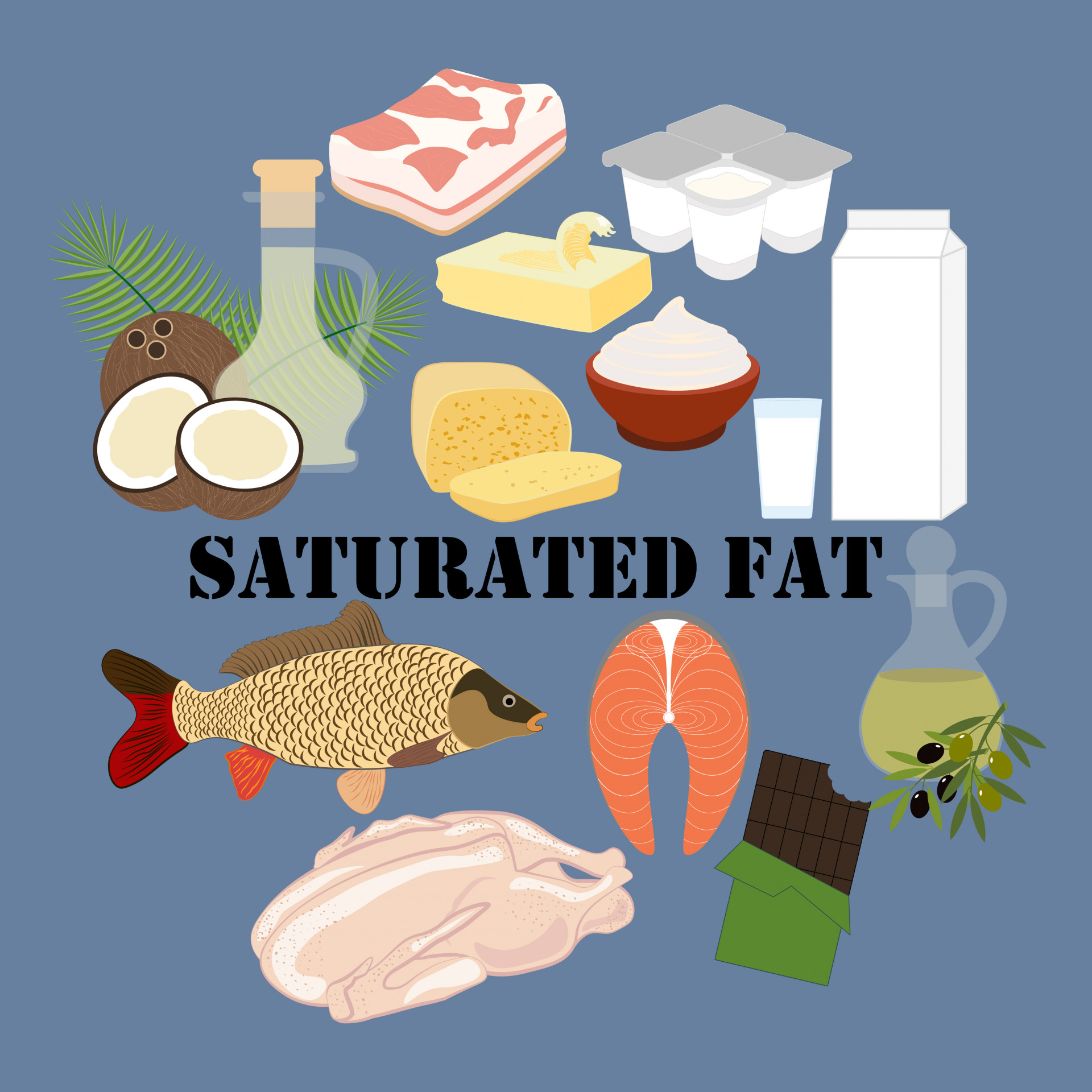 Myth: Saturated Fat is Bad for You

We have been told that saturated fat is unhealthy for so long by so many that most of us now just consider it common sense and would never think to question it. The presumption that dietary saturated fat causes heart disease (known as the “Diet-Heart Hypothesis”) is one of the fundamental tenements of major institutions like the American Heart Association, the National Heart, Lung, and Blood Institute, and The United States Department of Agriculture, so most would assume that their guidelines are based on sound scientific fact. But those who take the time to honestly evaluate the evidence will quickly see that no study has yet to show a solid causal link between consumption of saturated fat and the development of heart disease, cancer, diabetes, etc.

When it comes to the Diet-Heart Hypothesis, the phrase “passions verging on zealotry” belongs to one man above all others: Ancel Keys. His 1952 chart, “Fat Calories vs Deaths from Degenerative Heart Disease”, appears to show a nice and tidy upward curve connecting increased consumption of fat (shown along the X axis) and increased deaths per 1,000 from heart disease (going up the Y axis). But as many critical observers have pointed out, there are two big problems with this graph, and the theory it attempts to prove.

Okay, so observational studies cannot prove that dietary saturated fat causes heart disease. But what about controlled scientific trials? Bad news there, too, for the fat-phobic:

“If, in recommending that Americans avoid meat, cheese, milk, cream, butter, eggs, and the rest, it turns out that nutrition experts made a mistake, it will have been a monumental one. Measured just by death and disease, and not including the millions of lives derailed by excess weight and obesity, it’s very possible that the course of nutrition advice over the past sixty years has taken an unparalleled toll on human history. It now appears that since 1961, the entire American population has, indeed, been subjected to a mass experiment, and the results have clearly been a failure. Every reliable indicator of good health is worsened by a low-fat diet. Whereas diets high in fat have been shown, again and again, in a large body of clinical trials, to lead to improved measures for heart disease, blood pressure, and diabetes, and are better for weight loss. Moreover, it’s clear that the original case against saturated fats was based on faulty evidence and has, over the last decade, fallen apart. Despite more than two billion dollars in public money spent trying to prove that lowering saturated fat will prevent heart attacks, the diet-heart hypothesis has not held up.”