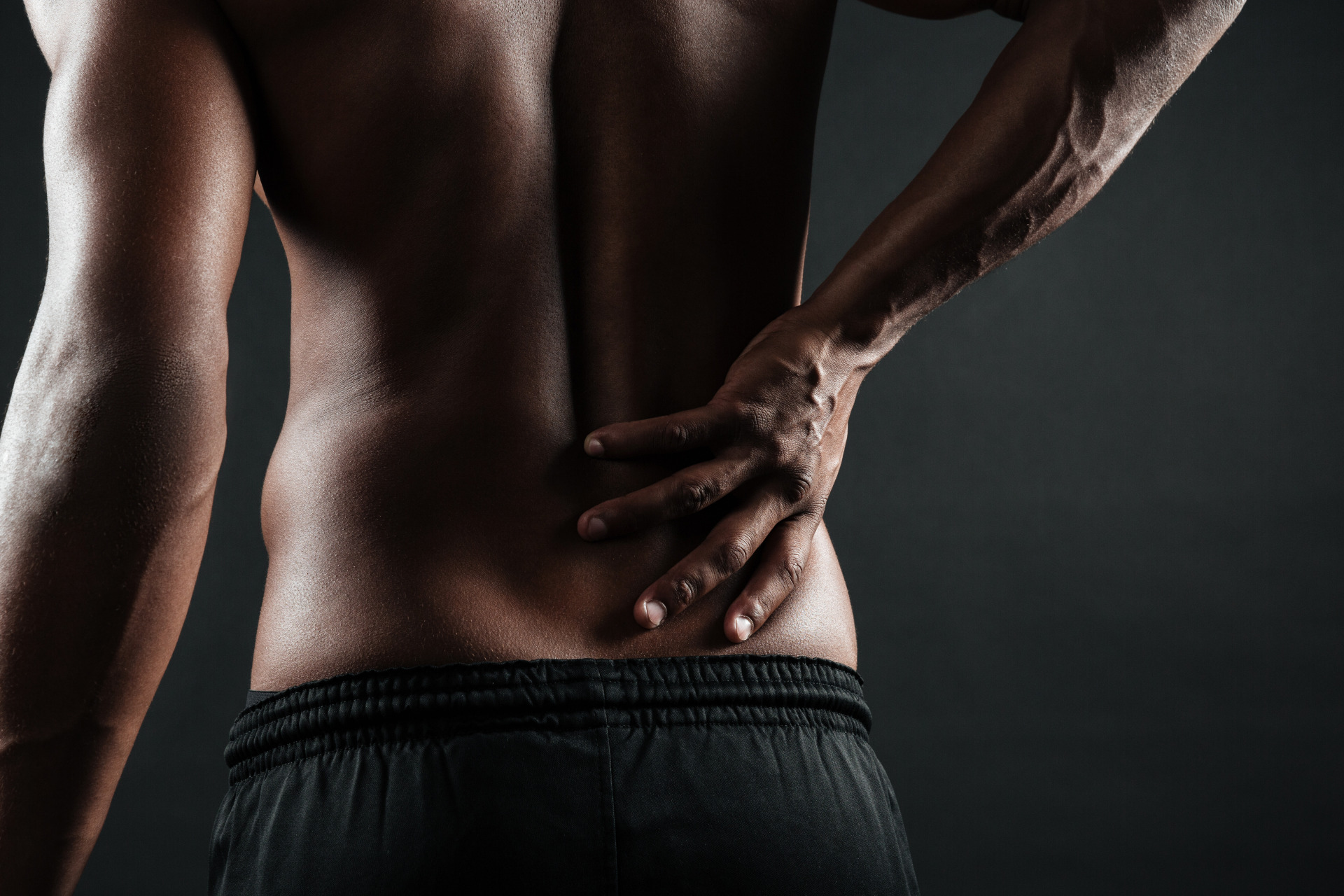 For most people, dealing with acute pain— the sudden onset of pain that comes from a physically exhausting day at work, a sudden twist of your ankle, or the pull of your shoulder—means reaching for a bottle of an over-the-counter pain reliever like ibuprofen, aspirin, or acetaminophen. (Some brand names you may be familiar with are Advil and Tylenol) But those quick fixes come at a price.  Over-the-counter painkillers can destroy the stomach lining, put incredible stress on the liver, have a dangerous blood-thinning effect, and even change the way people think and experience emotions.

We have needed a better solution to stopping pain for a long time. The botanical ingredients that can stop pain have been well-known to Ayurvedic practitioners for centuries.

And two of them, curcumin from turmeric and boswellia (also known as frankincense) have gained a well-deserved reputation worldwide as extremely effective anti-inflammatories.

The third ingredient to relieve sudden, acute pain is black sesame seed oil. While not as well known in North America, traditional use and modern research around the world have shown sesame seed to be incredibly valuable.  Combine the three in a specific ratio, with a new groundbreaking and clinically proven technology and you have pain relief that matches any over-the-counter drug, but without causing liver damage, eroding the stomach lining, or further risking your health.

Curcumin from turmeric is one of the world’s leading natural pain medicines. This compound fights inflammation throughout the body and has been well-studied for treating muscle soreness and chronic conditions like knee osteoarthritis and rheumatoid arthritis.

Sports medicine has been taking notice of curcumin for some time. In a double-blind, crossover trial, participants started taking curcumin two days before a physical workout and continued for three days after. Those taking curcumin noted moderate to large reductions in pain and slightly increased performance (due to the pain reduction). The exercises included gluteal stretches, squat jumps, and single-leg jumps, to get in a variety of controlled movements to replicate the wide range of motions that can cause pain during a workout.  Another study looked at the effects of curcumin on adult recreational cyclists. Those in the curcumin group reported feeling better than those in the placebo group and less stressed during training days that involved two hours of endurance cycling. Researchers in this study noted that specific plasma concentrations of curcumin were required to get consistent outcomes. I would say that the easiest way to guarantee results is to make sure you have a strong, clinically studied, enhanced absorption curcumin on board to begin with that has been tested for blood retention.  When curcumin is consumed in daily meals as a component of the spice turmeric, as it is in India, the fat in the meal provides fats that help with absorption.  However, curcumin is only 2 to 5% of turmeric, so a very low dose, but if you live in India, that curcumin adds up over time, which explains the lower incidence of Alzheimer’s and other inflammation-related diseases.

However, for those of us raised on a typical Western diet with little to no curcumin, there’s no way to consume therapeutic levels through food alone, no matter how many Indian restaurants you visit. Both turmeric and curcumin are difficult for the body to absorb. In fact, early research on curcumin necessitated those participants to take 20 to 24 capsules a day to even reach measurable blood levels. This is impractical, which is why research now focuses on enhanced absorption of curcumin.  You need something that is scientifically proven and both safe and effective to help curcumin absorb efficiently. When you blend curcumin with the right ingredient, you don’t need large doses to get results.  The curcumin I prefer is blended with turmeric oils that offers a fuller spectrum of compounds from the turmeric plant. In fact, this clinically studied curcumin is up to 700% better absorbed than plain curcumin and has a much better blood retention time. Plus, the turmerones present in the oil provide their own anti-inflammatory and anti-cancer activity.

Inflammation is not a singular activity in the body.  In fact, there are a multitude of inflammatory pathways and one that is often overlooked and difficult to address is called the 5-lipoxygenase, or 5-LOX enzyme and pathway. Historically, boswellia—also called frankincense —is one of nature’s most powerful anti-inflammatory medicines. It is a specific inhibitor of 5-LOX, an enzyme that activates inflammation-inducing leukotrienes. It should be a favorite herb for anyone who experiences acute pain, which often has some level of 5-LOX activity. A placebo-controlled clinical study found that people had a higher pain threshold and greater pain tolerance when taking boswellia. The reason the researchers wanted to explore this time-tested herbal medicine. Because we are still far from a breakthrough non-steroidal anti-inflammatory drug (NSAID) that doesn’t adversely affect the gastrointestinal or cardiovascular systems. There is simply no synthetic pain reliever that doesn’t risk your overall health. For that matter, there are no other over-the-counter medicines that work on 5-LOX inflammation pathway. Even curcumin, one of my favorites, doesn’t match boswellia on this specific pathway.

Sesame seed oil is something we may not normally think of as herbal medicine, but there are reasons why we should. Sesame seed oil contains compounds that have been shown to have anti-inflammatory effects for synovial (joint) tissue in cases of rheumatoid arthritis (RA). Scientific research shows that it reduces the activity of TNF-a, an inflammatory cytokine responsible for much of the damage caused by RA.  In scientific studies of osteoarthritis, too, sesame seed compounds have shown joint protecting actions. Even just one of the compounds in sesame seed, sesamin, can help increase type II collagen and prostaglandins and prevent the breakdown of beneficial fatty acids that keep joints healthy and stop painful damage. Other work with sesame seed components, especially sesamin, has found the same results; this botanical preserves the cushioning elements of joints because it has specific anti-inflammatory strengths.  In clinical research, supplementation with sesame seed has been shown to reduce inflammatory markers, pain scores, and symptoms in patients with knee osteoarthritis.

Additionally, sesame seed appears to help other nutrients absorb more effectively, having a synergistic effect on, and helping concentrate levels of vitamin E tocopherols, vitamin C, and vitamin K. Other general research with sesame seed has found that it helps control the ratio of omega-3 and omega-6 fatty acids, helps balance cholesterol levels, and has overall immune, cardiovascular, and DNA-protective actions. The combination of absorption enhancement and anti-inflammatory power is something that attracted researchers to sesame seed oil in their work on a pain-relieving combination that included curcumin and boswellia.